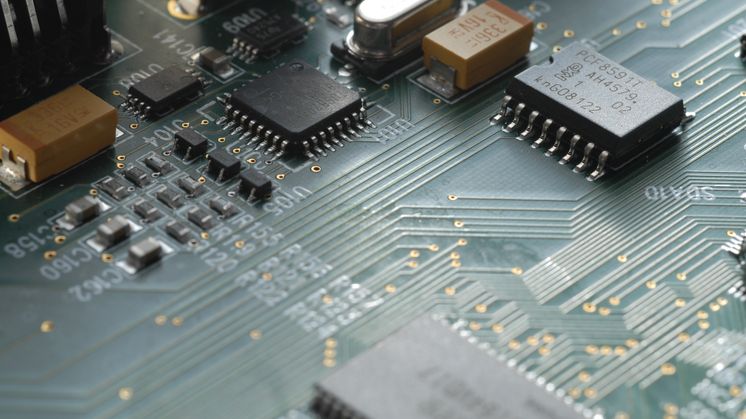 In the electronics industry, two-component conformal coatings are often used to minimize current leakage on PCBs and as protection against humidity and other environmental stressors. Because the exact composition of the polymer determines its final mechanical properties, quality control using a reliable measurement technology is mandatory.

The conformal coatings used on PCBs often consist of two components: an alcohol and an isocyanate group. For production the dosage is calculated stoichio-metrically such that a hydroxyl group of the alcohol forms a bond, or cross-link, with an isocyanate group. If there is an excess of alcohol (called “under cross-linking”), the cured polymer is not as hard and can become hygroscopic; it can also grow sticky, which causes problems further down the assembly line. If there is an excess of isocyanate (called “over cross-linking”), it can lead to reactions with humidity from the air, which generates CO2, causing bubble build-up within the lacquer.

To ensure that such problems do not develop over time, it is important to test that the composition of the conformal coating is correct. With the instrumented indentation method, the quality of the polymer can be quickly determined immediately after curing. The measurement results are not influenced by the substrate material and sample preparation is minimal. Beside the plastic and elastic deformation measurement (hardness), other parameters can also be determined, such as creep.

For technical applications the so-called “cross-link density” of the polymer is taken under consideration; Figures 2a and 2b show the results of the hardness measurement for five conformal coating polymers of different composition, as measured using the FISCHERSCOPE® HM2000. Figure 2a shows the Martens hardness over depth. The Martens hardness changes drastically depending on the cross-link density and is therefore a good indicator for the composition of the lacquer. The creep at maximum force, shown in Figure 2b, is related to the brittleness of the material and indicates an excess of isocyanate. 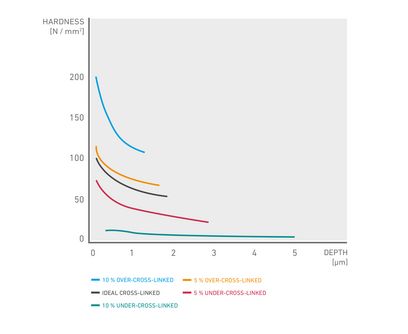 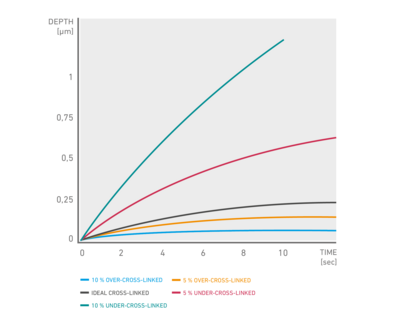 Using the instrumented indentation method, the FISCHERSCOPE® HM2000 is the optimal choice to determine the quality of two-component conformal coatings on PCBs. For further information please contact your local FISCHER representative. 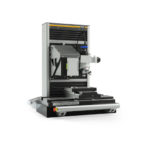 Automatic and manual stage Nanoindenters with the load range of 0-2,000mN